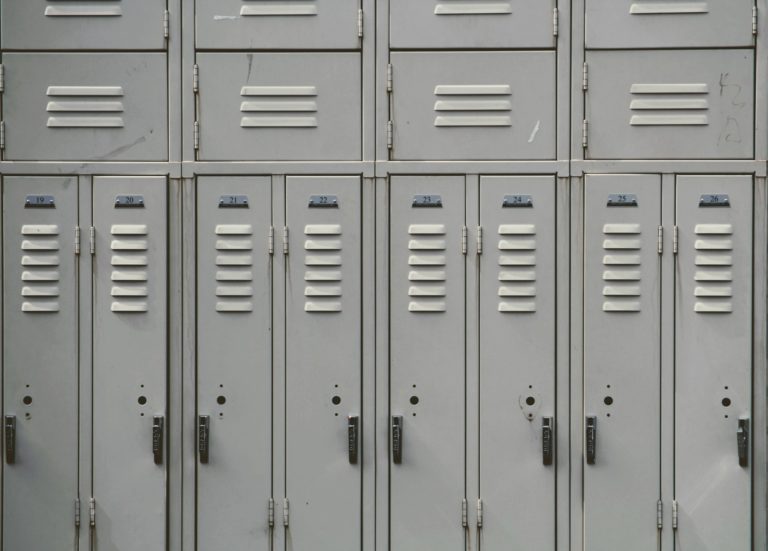 When it comes to furnishing a structure or an area with lockers, there are many options to consider. Among them, are whether or not to go with plastic lockers or metal lockers.

Plastic and metal lockers both have their place and purposes, serving different needs and having their own sets of strengths and weaknesses. Metal lockers can be made with different types and gauges of steel, and there are a ton of different plastics to choose from relating to plastic lockers.

With so many variables and options at play, comparing the two isn’t as easy as one may think. So, for this article, we’re going to stay incredibly general. If you’re serious about purchasing a locker unit or a system of lockers, you’ll at least be pointed in the right direction by the end of this article.

What is the purpose in mind when you’re looking for lockers? What’s the industry, and what kinds of conditions are you anticipating?

These are the kinds of things that would be beneficial to figure out before browsing through all of the lockers available out there. It will save you time and will also give you a clearer target to shoot for.

Metal Lockers have been in use for far longer than plastic, as for quite some time, steel was the only option. You’ll find them just about anywhere that lockers are necessary.

Neither of these lists are exhaustive but is merely to give an idea where you’d be more likely to see one variety of locker over another.

Differences Between Plastic and Metal Lockers

Here are some of the differences between the two types, to help you get a better idea of their pros and cons.

If all you care about is up-front costs, the array of metal lockers will most likely be what you’re after. Generally, unless you’re thinking about a stainless steel-constructed locker, most plastic lockers will be more expensive.

If you’re more concerned about the long-term costs involved, plastic lockers can prove to be cheaper in the long run. They are made from non-corrosive materials that won’t rot or rust and keep much better in tough environments.

Another thing to point out is that metal lockers can be driven up in price depending on the style and options chosen for steel units. This introduces us to the next section…

Generally speaking, the nature of a metal locker construction caters to becoming more modifiable in production than plastic forming. Because of this, metal lockers tend to cater to more available options.

Again, this is generally speaking. Different manufacturers are specifically tooled to accomplish certain things. There could be companies out there that dedicate their companies to out-option their metalworking competitors.

But, as a whole, they are few and far between, and likely a bit more expensive than their plastic competitors who have a handful of standardized plastic models.

Between the two material types, plastic lockers are tougher and more durable than their metal counterpart. The doors and solid body construction of the plastic models are several times thicker than those made of metal, and won’t dent.

Also, Plastic lockers are often made of HDPE plastic that is through-colored, meaning the color remains all the way through. When a door or the interior of a unit gets scratched, it is less visible than it would be if the finish of a powder-coated or painted metal unit becomes penetrated.

Also, unless the metal locker unit is made from stainless steel, scratches on a metal locker will inevitably result in rust (or what is called white rust for galvanized or galvanneal units). However, most steel lockers do have a tough outer finish that is mostly scratch-resistant, but nothing is impenetrable.

Unless the scratches are tended to, further problems will become inevitable. This isn’t a problem with plastic units.

In the event, you want a specific color scheme for your lockers…

For a unique color scheme or if you need the color of the lockers to match a particular area, there is a good chance that metal lockers will be more catering. Though there are circumstances where a manufacturer might be able to make it happen for you with HDPE, it would be considered special order, meaning a greater cost to the buyer.

The surface of metal lockers is meant to be painted. Because it’s a step that isn’t integrated into the actual elements of the material itself like it is with HDPE, it would be much more cost-efficient to get that special color painted on a unit, rather than the unit being made from said color.

Some manufacturers use paint to coat their lockers, others use powder coat. Though each finish types have its pros and cons, it is another example of the metal lockers having more available options.

If you’re looking for lockers to be in moist, humid, outdoors, or any area that can get wet, plastic lockers are the best option.

Will the lockers be placed in a dry, climate-controlled area that is in little danger of becoming dented or scratched? You might want to lean toward metal lockers.

If you’re looking for a wide array of available options in hardware, accessories, and finish types and colors, then metal lockers would be the best option for you.

If you’re interested in paying more up-front but with little to no future maintenance or costs for decades to come, then plastic is the way to go.

One thing that is safe to say, is that there is no shortage in variety when it comes to lockers. Without having what you need in mind, something that seems so simple on the surface becomes a daunting task quickly.

When you’re looking for a locker, you should already have the criteria that fit your needs and fits your budget. If you do, you will quickly figure out which way to go and what to choose in your pursuit.

Luxer One: How It Works

Speak with a Specialist